Exterior design is one of the most important factors shaping the brand image of modern motor vehicles. Car manufacturers invest enormous amounts of money in this area. The values and products that are created in this way are rightly protected – by the so-called design law. However, the German government is planning to significantly restrict this protection. According to a current draft law, it will no longer apply to visible spare parts if they are used for repair purposes (repair clause). The international manufacturers reject a softening of the design protection. The protection of designs can not only apply to new parts, but must of course also include spare parts. 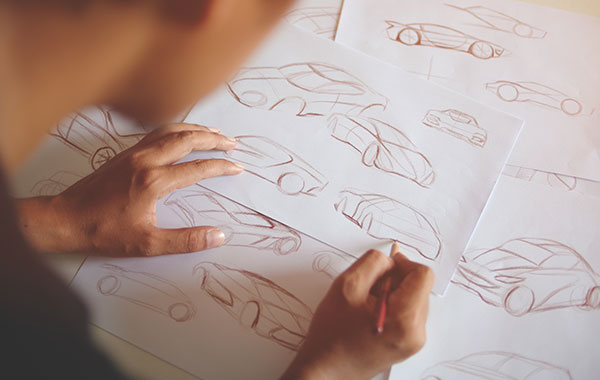 Innovative power of the automotive industry

The performance and innovative power of the automotive industry is based not least on a large number of industrial property rights such as patents, utility models, design patents, design or trademark rights. These rights are also an essential prerequisite for industrial innovations. At the moment, car manufacturers worldwide are expected to invest massively in the development of alternative drive systems. The means for this must be generated.

Advocates of a weakening of design protection promise falling spare part prices. But even the federal government does not assume that the mere abolition of design protection will automatically lead to lower spare part prices. This is not surprising. Deutsche Automobil Treuhand in particular has been collecting data on the price level of car spare parts in various European countries for years. It comes to the conclusion that there is no statistical evidence for a significantly lower price level in countries with repair clauses compared to Germany.

Safety aspects also speak against the softening of design protection. Manufacturers of imitation parts can only imitate the outer shape of a part, but not other quality features. However, these can be decisive for the crash behavior of a vehicle. The thickness or composition of a metal sheet or the splintering behaviour of glass or plastic do not necessarily match the original part for replica parts, even if they fit purely optically. Such qualities can, however, be safety-relevant. The problem here is that the customer has no way of checking whether a counterfeit spare part matches the quality of the original.

Finally, changes in design protection can also have an impact on employment. Both the European Manufacturers’ Association and national industry associations warn very clearly of such consequences. For example, the French manufacturers’ association CCFA sees possible effects on employment in France and Europe through the introduction of a repair clause at European level. French manufacturers produce 90 percent of body parts such as bonnets and fenders in Europe. A production volume of several million units is achieved. The European association ACEA speaks of around 50,000 jobs that could be threatened by a repair clause introduced throughout Europe. With the abolition of design protection, Southeast Asian companies, for example, which produce exclusively for the aftermarket, could legally produce replica parts of dubious quality. In contrast to manufacturers, these companies have of course not invested in the development of the parts in question.

From the field of Business, law and sales